The Stars and Stripes; The Red, White, and Blue; Old Glory; and The Star-Spangled Banner. Regardless of what it is called, the American flag is one of the most recognizable symbols of any country in the world, and the symbol of Freedom, Fairness, Self-Sufficiency, Equality, Power and even Love. Many have given their lives and their freedom to protect all that our flag embodies. So, when it comes time to retire this beautiful symbol of all that is truly American, what is the proper way?

As much as I wish the flags’ we erect outside of our homes, businesses, schools etc. colors would never run. The fact is that there will come a time you will need to retire our red, white and blue standard due to weathering, tears, holes, rips and gashes. But what is the appropriate etiquette for flag disposal, or retirement? According to tradition, the preferable method is by fire.

According to the National Flag Foundation:

Begin a flag burning ceremony by folding the whole flag in its customary manner. Instructions for properly folding a flag can be found here. Next, start a fire large enough to completely burn the flag and respectfully place the flag into the fire. The flag should not touch the ground in the process.

As the flag begins to burn, salute the flag, say the Pledge of Allegiance and pause for a moment of silence. The flag should be thoroughly burned so that nothing besides ashes are left. Finally, bury the ashes.

But don’t worry, if seeing a burning American flag makes you feel a little uncomfortable, I know it does for me when it is hijacked as political statements, and torched with zero respect; there are other ways to dispose of your tattered Old Glory with proper etiquette.

A second way to dispose of an American flag is to drop it off in a flag disposal box. In many communities, local government offices and police stations have flag disposal boxes. Throughout the year, organizations like the American Legion, Veterans of Foreign Wars, Girl Scouts and Boy Scouts collect the disposed flags and hold ceremonies to retire them. Flag Day (June 14) is one of the most common days to hold flag disposal ceremonies.

The Stars for our Troops program also accepts worn-out American flags. A volunteer for the program will cut out and send the flag’s embroidered stars to an American soldier.

Although the U.S. Code says that burning is the preferred method to dispose of a flag, people also do so flag via burial. If you choose this method, place a folded flag in a dignified wooden box. Pause for a moment of silence after burying the flag box in the ground.

A final option for disposing of a flag is to recycle it. Some flag companies will accept old flags and use the material to make new ones.

Now, with all of these different options to respectfully dispose of an American flag, who is allowed to do it? Do you have to have na official? The short answer is, “no”. You can hold your own flag cremation, or burial ceremony if you desire. As stated in the quote above, Flag Day (June 14th) is a perfect day for retiring your old flag.

Please, please, please keep in mind the sanctity of this event. Remember the hundreds of hundreds of thousands of men and women who have died in defense of our Nation and people under the Stars & Stripes. They have dedicated and sacrificed their lives to uphold all we know to be true about being FREE without compromise.

Freedom is a fragile thing and is never more than one generation away from extinction. It is not ours by inheritance; it must be fought for and defended constantly by each generation, for it comes only once to a people. Those who have known freedom, and then lost it, have never known it again. 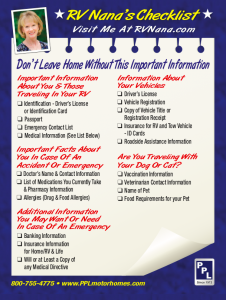